The woman who allegedly cut Leonardo DiCaprio‘s face by smashing him with a broken glass in 2005 will cop a plea today … the lawyer for the accused tells TMZ. 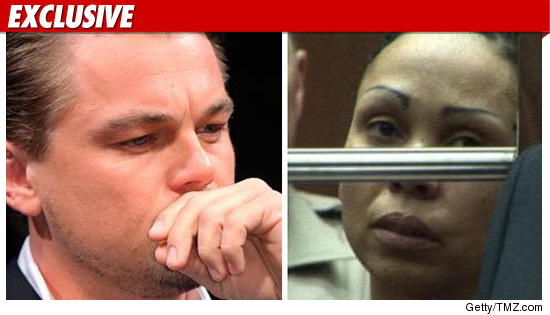 The attorney for Aretha Wilson tells TMZ … Wilson will plead no contest to felony assault with a deadly weapon resulting in great bodily injury.

Aretha Wilson’s lawyer, Freddy Sayegh, tells TMZ the defense believes Wilson could have beaten the rap based on self-defense, but didn’t want to roll the dice and go to trial, because a conviction could have landed her in prison for 7 years.

We’re told prosecutors will probably recommend 2 years in prison, but she may get credit for time served in the U.S. and Canada … so it’s possible she won’t do additional jail time.

UPDATE:  The case has been continued until tomorrow morning.  We’ll let you know.