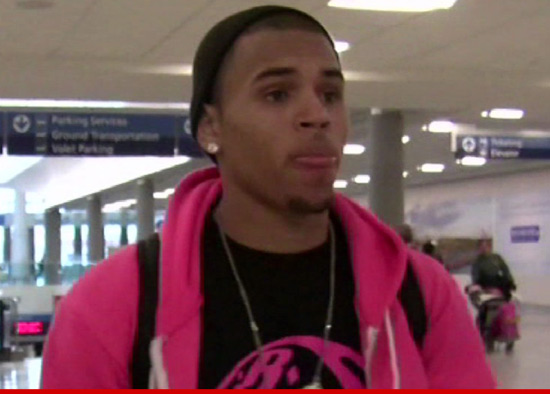 11:30 AM PT — The L.A. City Attorney’s office has just objected to the settlement between Chris and Olga because it hasn’t yet made direct contact with Olga. The City Attorney wants to make sure Olga’s on board with the deal before they sign off on it. The judge has since continued the hearing to July 23rd.

Chris Brown will NOT be prosecuted for the alleged hit-and-run in May … at least that’s the way the victim wants it.

Brown was charged with the crime after leaving the scene of a minor rear-end collision without forking over identifying information — i.e., a California driver’s license and insurance info.

We’ve learned Olga Gure-Kovalenko — the driver of the vehicle Chris hit — has no desire to have him prosecuted, so Chris’ lawyer, Mark Geragos, has filed legal docs to have the criminal case dropped.

Olga’s lawyer, Freddy Sayegh, tells TMZ, his client wants no money since there was no physical injury and only minor damage to her car.  This is consistent with what Olga told us on TMZ Live.

Here’s the snag.  We’ve learned the L.A. City Attorney has not agreed to drop the case.  They’re all in court right now, and we’re told it’s likely the City Attorney wants some time to think it over.

And, even if the City Attorney agrees to drop the hit-and-run case, Brown was also charged with driving without a valid California license, and the City Attorney could still move forward on that.  Geragos just filed legal docs claiming Brown is a Virginia resident with a valid Virginia license so he hasn’t violated any law.

And another, way more serious, loose string — the judge in the Rihanna beating case could still use the info to trigger a probation violation, which could land Brown in prison for up to 4 years.